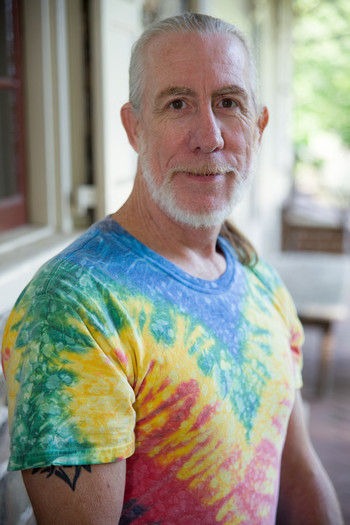 Gary spent 20 years in the Air Force from September 1976 to October 1996. During this time, he was a Graphics Artist and served 4 years as a Graphics Instructor at Colorado Lowry AFB. Many assignments were at Headquarters Level. He served 4 years in Germany in Graphics Intelligence for United States Air Forces in Europe (USAFE) Headquarters at Ramstein Air Force Base, and then returned to the U.S.  The Pentagon was Gary’s last active duty assignment working for the Chief of Staff of the Air Force, as well as the Under Secretary of Defense. This was for high level presentations and conference room set ups with equipment for conferences around local DC area.

After retirement, Gary spent some years as a Government Contractor in Tampa, Florida at United States Special Operations Command (USSOCOM) and developing an interactive Site Survey websites for embassies worldwide due to his high level of security clearances and his distinguished skill set. He went to DC to work on Capitol Hill as web designer for the Capital, House, Senate, Library of Congress and the Botanic Gardens websites. After his contract ended, Gary moved to Harrisburg, PA to redesign the PA Attorney General’s website and to work in IT as web developer. An opportunity opened to move from that position to another unit to work with the Special Undercover Agents with their recording devices for surveillance and all electronic/technical devices, computers, as well as to train Agents the proper operation of equipment. He also has the skills to set up electronic displays to perform court room set ups and run software – Trial Director for court room presentations.

Photography has become Gary’s passion. While in PA, he was contracted by Homeland Hospice in Harrisburg, to produce all advertising photos for their billboards and marketing materials. Gary’s art captured special moments of Hospice Patients with their families, touching images of this season of their lives. This project was rewarding and dear to Gary’s heart. Gary and his family relocated to Bandon Oregon in Oct 2014 where he now enjoys the slower pace of life in the small town community and photographing scenes along the Pacific Northwest as well as portraits, wedding and event photography.